So you’ve launched your company, so what happens now?

If your answer is “good question”, you should let us help you with that. Tech 2020’s Strategic Company Playbook process is a proven road map model for entrepreneurial startups who have innovative ideas and want to grow their businesses. In addition to the strategic planning process, we have developed an extensive library of entrepreneurial training content with more than 35 seminars to keep you on the right track towards growing your company. But we don’t stop there, here are some more services available to start-up companies looking to grow:

NuSirt Biopharma, Inc. launched in 2007 and is working to secure several medical licenses through the FDA. 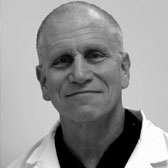 NuSirt discovered a way to use natural compounds to create synergy with known pharmaceuticals to prevent and treat chronic diseases resulting from over-nutrition to aging. (Their leadership team makes clear that diabetes isn’t the only disease they’re working on curing.)

Dr. Michael B. Zemel, the Founder and Chief Scientific Officer for NuSirt, didn’t start out as an entrepreneur. He actually served as a Professor of Nutrition and Medicine at The University of Tennessee from 1990 to 2012 (as well as the Director of the Nutrition Institute) when he came across a remarkable discovery.

Zemel, who had worked on a number of intellectual property licenses while teaching at UT, said his idea was something too big to pass up.

But he had a problem.

“I’m not trained in business,” he said. “I had some gut instincts — some right and some wrong.”

Zemel sought out the help of Tech 2020, who helped him on his business plan and his presentation for investors. Additionally, Tech 2020 helped him find his first CEO and get the company’s first six-figure investment – something not easy to do in the challenging years following The Great Recession of 2008.

Zemel laughs at the timing of when he started his company, but the reality is almost no one knew in 2007 that the economy would plummet in 2008. And bad timing or not, the company certainly seems well on its way to some pretty big things. (NuSirt leveraged its initial six-figure investment into additional funding totaling more than $10 million, according to media sources.)

“We believe we can make a major impact on diabetes,” Zemel said, adding that the FDA is currently reviewing approval of a drug that’s done well on a clinical test. “But we in no way believe we are a one-hit wonder.”

To learn more about the company, visit www.nusirt.com.